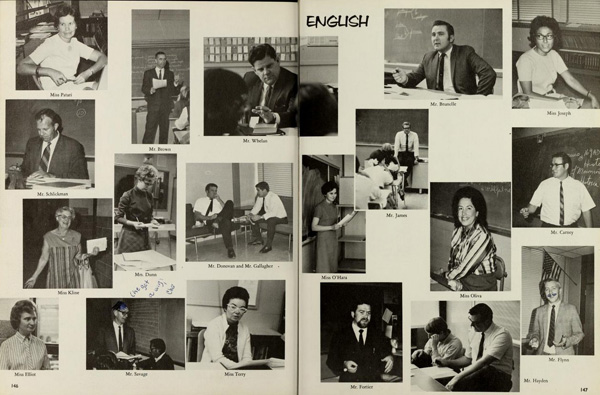 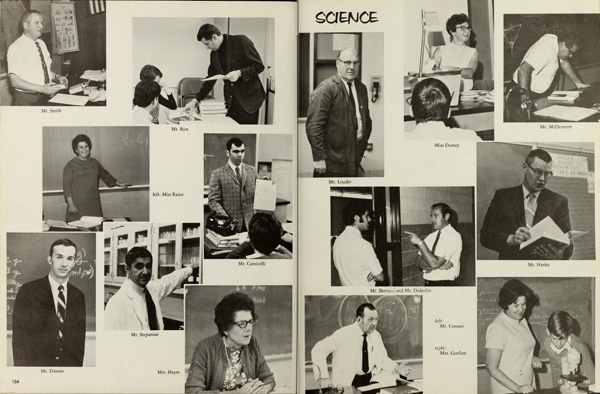 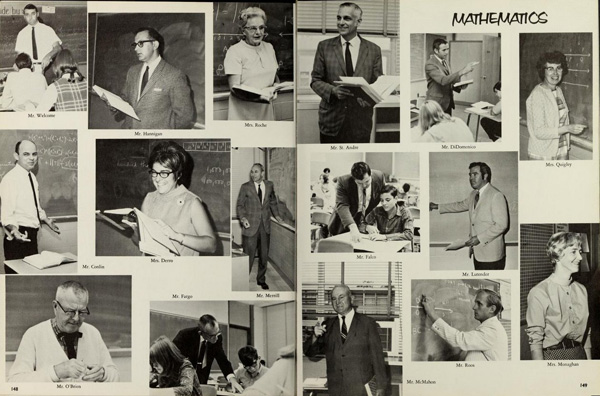 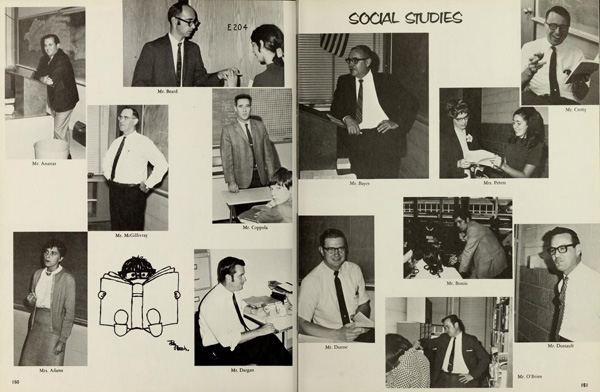 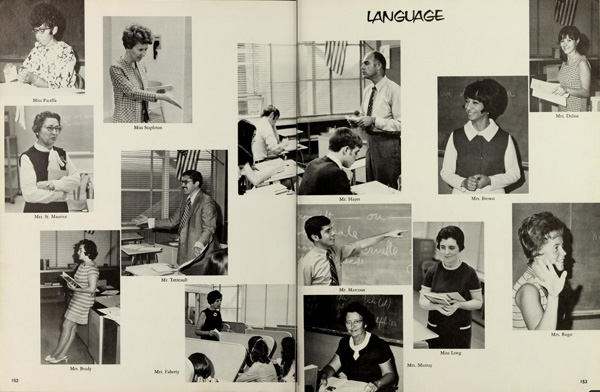 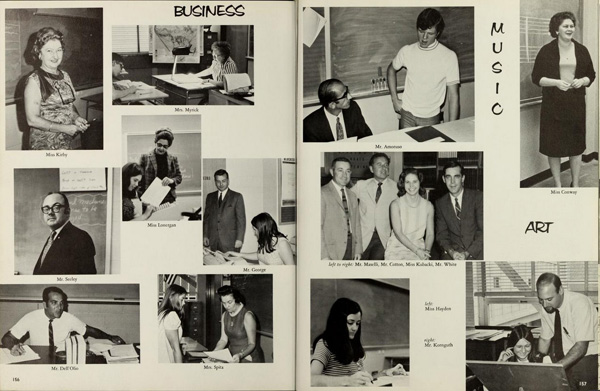 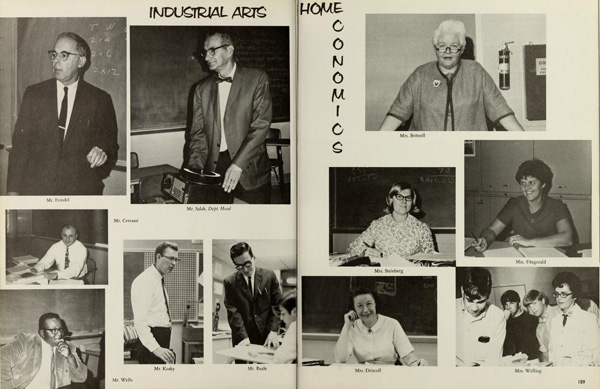 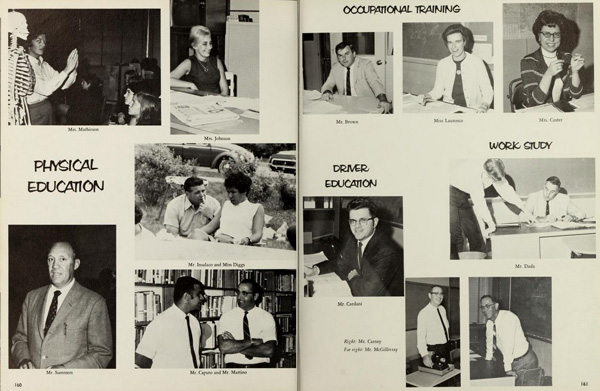 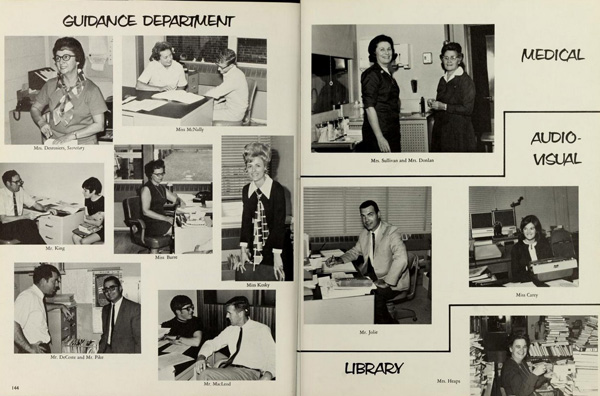 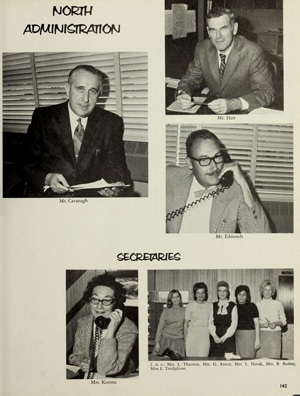 The Class of 1970 will never forget the talented, insightful, knowledgeable, and dedicated teachers of Framingham North High. Share some memories of your favorite teachers here. 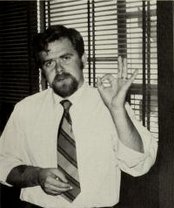 Mr. Henry Fortier, English: Henry Fortier, an English teacher at Framingham North High School for 35 years, passed away May 14, 1999 at the age of 63. Born in Berlin, N.H., he was a resident of Framingham for 36 years and attended St. Michael’s College in Winooski, VT, earning a bachelor’s degree in 1959 and a master’s degree in English literature in 1961. At Framingham North, he was a debate coach, member of the Framingham Library Committee, Keefe Vocational High School District School Committee and the Framingham Town Meeting. “Mr. Fortier was my English teacher for two years. He fostered my creativity as a writer and inspired me to look at literature and the world with fresh eyes.” – Ernie Black 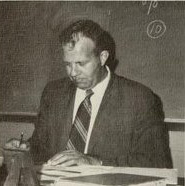 Henry A. Schlickman, to whom the Class of 1970’s yearbook was dedicated, passed away on November 27, 2005. See the Yearbook Dedication for a memorable reflection, which reads in part “Respect is a word associated with Henry A. Schlickman. Like him or not, (and most do) all who know the man respect him — respect him for his gruff, firm, but guiding ways, his intelligence, and his way of expressing himself. His ideas are definite food for thought to be “thoroughly chewed, then completely swallowed in order to be knowledgeably digested.”

Edward F. Gallagher A life-long educator, Ed began his 33-year career as an English teacher at Leicester High School where he also coached football and served on the Leicester School Committee. He also taught and coached at Wachusett Regional High School. He spent the majority of his administrative years at Framingham North High School where he also taught English and led the merger of Framingham North and South High Schools. He received numerous awards in recognition of his dedication to the student. He also was an administrator at Newport High School in Newport, NH. He passed away November 19, 2004. 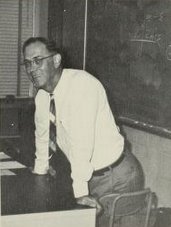 James A. McGillivray, who taught at Framingham North High School and Framingham High School for 30 years, died Friday, August 7, 2015. Mr. McGillivray was a dedicated High School Social Studies teacher for 36 years, beginning his career in Boston and then in Franklin, before teaching for 30 years in Framingham from where he retired in 1988. In Framingham, he worked with students to establish a permanent Memorial for the Framingham North High School graduates who lost their lives in the Vietnam War. His devotion to his students was recognized by his being named Teacher of the Year in 1983 and 1984, and he was awarded the Massachusetts Teachers Association Distinguished Service Certificate in 1983. (Read more) 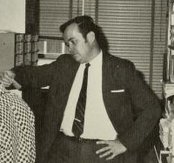 John J. “Jack” O’Brien died peacefully on Thursday, February 26, 2015. He was a 1955 graduate of The College of The Holy Cross and received his Masters in Political Science from Boston College. He taught in the Framingham School system from 1961 until his retirement in 1995. He served as the Social Studies Department Chair at Framingham North High School. During his tenure, Jack participated in many high school evaluations in the New England Region, developed and ran a successful Community Action Program at the high school in which as many as 250 students participated, and coached the junior varsity baseball team. He was the beloved husband of 56 years to Ann M. (Thomas) O’Brien of Framingham.

Angelo Coach Insalaco, born November 19, 1927 passed away unexpectedly in California on May 26, 2015 at the age of 87. He was the beloved husband of the late Ida Mary Bunny Insalaco for 50 yrs. He is survived by his 7 children; Philip, Mark, Janice, Audrey, Anne Marie, Carol and Michael and 9 grandchildren. Angelo was a graduate of New Britian Connecticut High School and Springfield College class of 52. In 1963 he took a teaching job at Framingham North High School and was the head football coach until retiring from coaching in 1976. He then became the Director of Health and Physical Education for the town of Framingham until he retired.